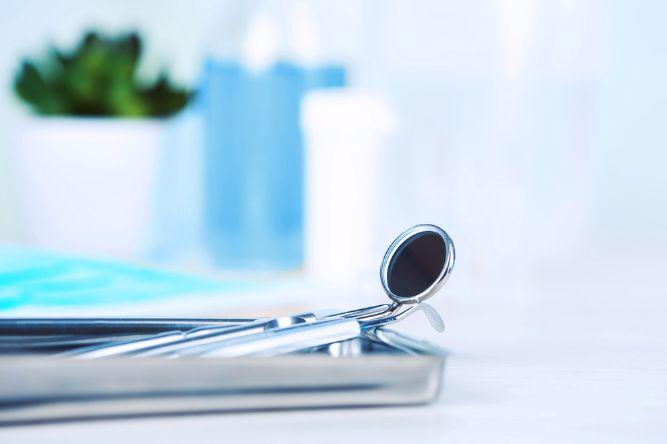 Are you sick of hiding your mouth while everyone else shows off their pearly white smiles? While taking care of your teeth is an important factor in oral health, your gums require just as much attention.

Neglecting your gums during your oral hygiene routine can breed serious consequences and explain the cause of bleeding gums. If you’re noticing that your gums are bleeding, it’s integral to take action as soon as possible to ensure your dental health is at its peak.

Why Are My Gums Bleeding?

Your gums may occasionally bleed while brushing too hard or wearing dentures that don’t fit your mouth correctly. However, if you continuously have bleeding gums, it’s typically a sign of gum disease, also known as periodontal disease.

According to a CDC report, 47.2% of adults aged 30 years and older have some form of periodontal disease, which increases with age.

If you aren’t taking care of your gums properly, it can turn into a more advanced form of gum disease. In some cases, bleeding gums can also derive from serious health conditions such as heart disease or diabetes.

There are various reasons why your gums may be bleeding:

When too much plaque builds up on your teeth, it can affect your gum line too. Plaque possesses millions of harmful bacteria that can lead to developing gingivitis. Gingivitis is a mild form of gum disease that can leave your gums swollen and bleeding.

Gingivitis can be solved by improving your oral hygiene or seeking further treatment. If left untreated, the plaque can turn into tartar and develop into a more serious condition if you aren’t on top of brushing and flossing.

You may notice symptoms of gingivitis if you’re experiencing the following:

When gingivitis is left untreated, it can advance into periodontitis. Developing periodontal disease can infect your gums and jawbone. According to the American Dental Association, the disease can also damage the tissues that support your teeth and gums. If this condition worsens, it may cause your teeth to fall out.

If you have Vitamin C and K deficiencies, you might experience bleeding gums. If you’re lacking in these vitamins, your doctor may recommend you follow a healthy diet containing the nutrients you need to maximize your dental health.

Foods that are rich in vitamin C include the following:

Foods that are rich in vitamin K may include:

Dentures may be a cause for concern when it comes to bleeding gums, especially if they aren’t properly fitted. Your dentist can easily fix this issue when you make an appointment.

However, other causes can make your gums bleed. Pregnant women often experience bleeding gums because of the hormonal changes that are occurring. These hormones can cause the gums to become more susceptible to pregnancy gingivitis.

If you’re taking blood thinning medications like aspirin, heparin, and/or warfarin, you may tend to bleed more often from the gums. Those with bleeding disorders such as hemophilia or leukemia can also be at risk of bleeding gums.

How To Prevent Gum Bleeding

There are various ways that you can prevent bleeding gums and improve your dental health in the process. Starting with an effective oral hygiene routine is a good start in preventing the risk of gum disease, cavities, and other oral health issues.

Here are some tips to reduce gum bleeding:

Taking care of your smile should be a priority. If you’re noticing bleeding gums or you think you may be experiencing gum disease, make an appointment with our Winnipeg dental office. Our staff is well-trained, and we can provide numerous treatment options to help you take care of your oral health.

Looking to book an appointment with us?